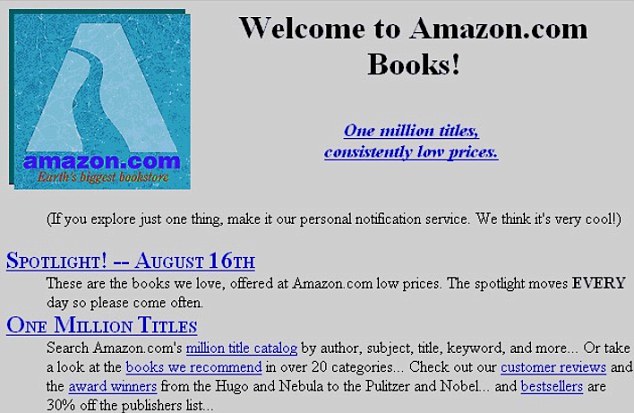 “If You’re Not Embarrassed By The First Version Of Your Product, You’ve Launched Too Late”
-Reid Hoffman, Founder of LinkedIn.b

The image above is the famously bad first version of Amazon.Com in the mid-to-late 1990s. They’ve come a long way to become one of the most valuable companies in the entire world.  They’ve build something remarkable, right? But looking at that site, it seemed like some kid – som high school kid’s bad idea.

And so it is with us.  We’re starting something.

It’s important – for me – to remember where we started from.  To realize that we didn’t perfect or polish, we just moved.  And we created systems behind us to clean up what we did.

We’re evolving Simplifilm, a 6 year old design company into something that was more along the lines of what I wanted to be. A service business that also builds products to serve ourselves and our clients.

It’s how the companies I admire most were built:

They started somewhere. They had some missteps. They pivoted. They built stuff.  They made choices, and had success and failures.

I’m starting here.  An owner in need of a new mission. It’s not enough to carry on the company I started years ago.  And, since I’m no designer, it’s not enoguh for me to just make a design company my own.

It matters that we get better and that ourcompany leave people in a better place, fast.  This post is a document of where we started, just so we can see progress.

We have a pipeline of a few more products as well that we are doing work on, so what’s next? 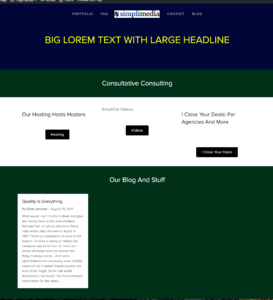 View all posts by Chris Johnson →